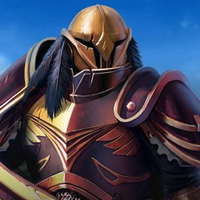 This thread has been moved to here:   Tri Edgeville Man Fighter V2 The perfect way to train up low level accounts and make a lot of money looting herbs! Features:   Kills edgevil

ok now the angles are starting to interfere, you need to lock the screen at highest point, its trying to click on items that it cant see... lets the herb/arrows disappear and continue attack, let disa

Pheasant bug is a random event solver problem, not a script problem. Banking bug was a client problem - should be fixed now. And the healing, make sure you start the script logged in