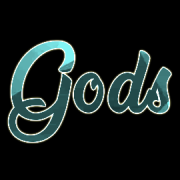 Gods Revenants - TRiBot's best Revenant script! View the new high scores here Revenant High Score Table After a small open beta that saw over 1B in profits from this script, it is

Huge fan of this suggestion. When I am watching the script competing in a crowded world I am just hoping for a pker to come to make it world-hop. Also looking forward for Craw bow support!

If you are going to put the prices higher i think you should add some more features as discussed.  Optimal waiting spots, Respawn timers, better eating while getting pked, teleport doesnt work co